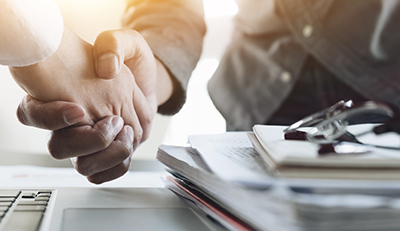 Many people who follow the fashion industry were interested to learn that Michael Kors took over the Jimmy Choo brand for $1.2 billion in 2017. It may not have come as a surprise when the acquisition of Versace for $2.12 billion by Michael Kors Holdings was rumoured and later confirmed during 2018. Michael Kors Holdings became Capri Holdings with a portfolio of three major fashion houses. And this merger was only one of many which occur every year. In fact, during the first nine months of 2018, $3.3 trillion worth of mergers and acquisition deals around the world were announced.

So what does an entity gain through mergers and acquisitions?

In a world which is often said to have become one large single market, a merger will allow an entity to acquire a bigger global presence. Through amalgamations and mergers new markets will be penetrated and the challenges and complexities posed by different cultures and people’s habits will be easier to understand and overcome.

Mergers and acquisitions will benefit the entity by decreasing its competition and increasing its market share, as well as providing an improved market model. The entity will expand its existing customer database by acquiring a new client list to whom it will be able to offer a wider choice of brands. It will also benefit from the expertise of the company acquired and from economies of scale and other cost-cutting measures gained from combining resources and facilities.

The CEO and chairman of Capri Holdings Limited stated in a press release that, “With the acquisition of Versace, we have now created one of the leading global fashion luxury groups in the world.”

Capri Holdings Limited is, in fact, targeting revenue of $8 billion and is aiming to diversify geographically by increasing its revenues from the Asian market. Many will be on the lookout to see what 2019 will bring to this venture.

Therese Francalanza teaches Accounts for non-accountants, a module which students can take either as a stand-alone Professional course or within the Pathway to a Business Degree.

Click here to find out more about this module, including course content, duration, price, and other relevant details.